At Swrve we are given two Volunteer Days every year, with which we can take part in charity or community activity as additional paid time off.

We live in a broader community where things are frequently not so rosy. Swrve would like to make a tiny dent in that by supporting any team member who wants to contribute work time to volunteer community activity.

In 2015 two of our team here, Ciaran and Tim took part in Cycle Against Suicide.

Ciaran on his way during Cycle Against Suicide 2015

Over 800 people die by suicide in Ireland every year, and globally the rates of suicide have increased 60% in the past 45 years. Cycle Against Suicide aims to get people talking about mental health, and break the stigma associated with asking for help.

Mental health is an issue that affects everybody at some point during their lives; either directly or by supporting a friend or family member through a hard time.

For 2016, a few kind Swrvers donated their own Volunteer Days to allow Ciaran to do the full 2 weeks, joined by Tim and Dom. 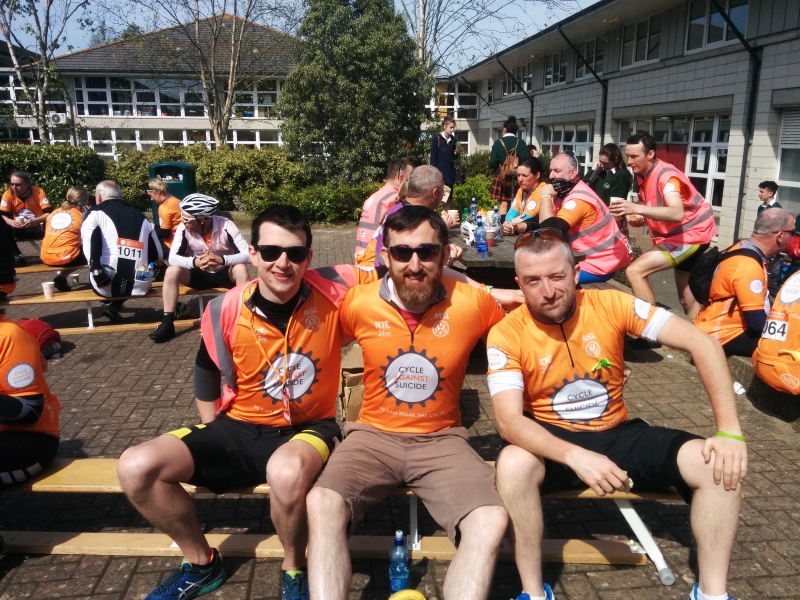 Ciaran, Dom and Tim taking a much deserved break during Cycle Against Suicide 2016

In Ciaran’s own words;

It’s an unbelievable experience, something I can’t put words to. It’s a force of change and an amazing community of people.

He also filmed his journey of around 1400 kilometers!

Congratulations to all involved in the cycle this year, and hopefully the 2017 event will be even bigger! As the Cycle Against Suicide mission statement says;

It’s OK not to feel OK and it’s absolutely OK to ask for help.